You are here: Home / Latest Posts / ‘Now is the Time’: Local Mountain Biker Embarking on the  Adventure of Her Life

A few years ago, Audrey Tangye received an invitation from her good friend Grace Ragland to join her on the world’s longest mountain bike race, the 2,750-mile Tour Divide.

But Tangye wasn’t in a position to go, so she didn’t join Ragland for the summer 2018 race that stretched from Canada to Mexico along the Continental Divide.

Between work and being the single mother of two daughters in the Homewood school system, Tangye couldn’t afford to be away for the four or five weeks it would have taken to complete the race.

“I just couldn’t fit it in,” Tangye said. 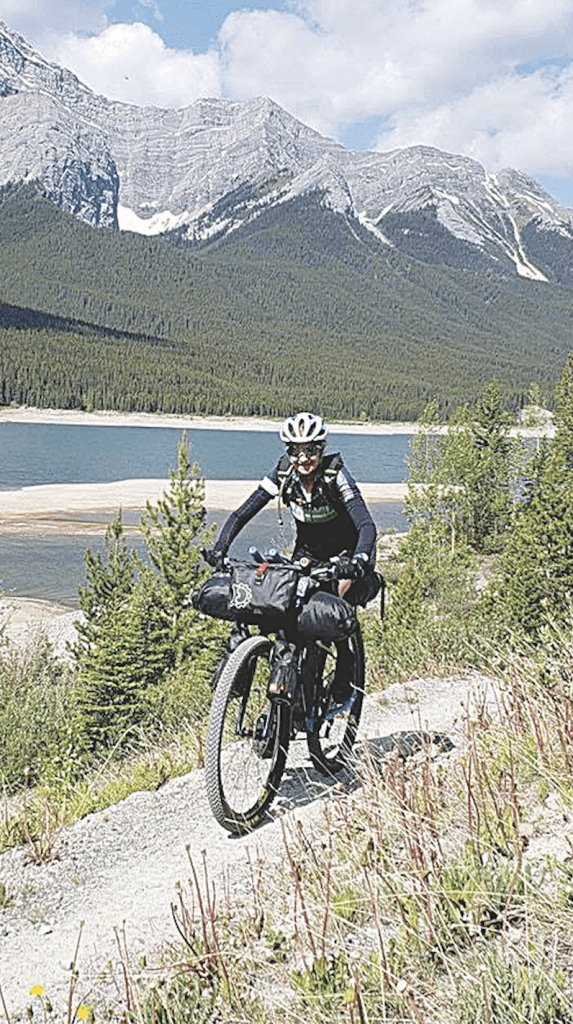 Since then, Ragland, an ultra-endurance athlete who was diagnosed with multiple sclerosis while in college at the age of 18, died in 2020 at the age of 58 after a nearly two-year battle with non-Hodgkin’s lymphoma. Her story has been chronicled in the acclaimed book, “Divide by One.”

Now, in honor of her late friend, Tangye finally will embark on what she calls the adventure of a lifetime, taking part in the original Great Divide Mountain Bike Race. She will fly to Montana on June 8 and begin the race June 11.

“I have been doing ultra-mountain bike racing since I was 23 and now I’m 50,” Tangye said. “As I’ve gotten older, I’ve gotten slower and I know I can’t ride forever so if I was going to do it, now is the time.

“I am doing it in remembrance of Grace and to raise awareness about multiple sclerosis. She had raced all over the world despite her MS.”

Tangye received encouragement from her brother to go for it after Ragland’s memorial service last year.

“After her funeral, my brother said to me, ‘Ride the Divide,’” Tangye said. “He also said ride her bike to finish it.”

Tangye told her brother she would do it, but with one exception.

“I won’t be riding her bike,” Tangye said. “Her bike is too small for me.”

Ragland completed what is considered one of the world’s most difficult bike packing off-road races in 43 days. The remote route went from Banff, Canada, to Antelope Wells, New Mexico, on the border of Mexico. After Ragland completed the race, she was diagnosed with stage 4 cancer.

“She was amazingly positive and tough,” Tangye said. “She always said, ‘To finish is to win.’”

Tangye’s border-to-border ride will be minus the 260-mile section from Banff to the border of Montana because of COVID-19 quarantine restrictions. Going into Canada would mean a mandatory quarantine before the race started.

One of the stipulations of the race is the biker has to be self-supported, meaning Tangye has to pack everything she needs on her bike, such as food, water, clothes, toiletries and camping gear.

“You cannot have someone waiting for you to help you,” Tangye said, “and you can’t ask for anything. If something happens to your bike, you have to be able to fix it.

“You also have to be aware of any wildlife, such as grizzly bears and mountain lions. We’ve got 800 miles in Montana, which is high grizzly country.”

Tangye, a clinical educator for the biotechnology company Genentech, has been training for weeks, taking long rides in some difficult terrains.

She also will be raising money for the Tanner Foundation for MS.

“She’s a caring person and thoughtful of others,” Laney said. “She’s very determined and she likes challenges. She’s done some other athletic feats.

“I think what she’s doing is phenomenal because of what it does to the body and mind. I think it’s very cool that she’s also doing it as a fundraiser, bringing recognition to the disease.”

Those interested can track Tangye’s journey at trackleaders.com. She will be wearing a GPS system called a Spot tracker that tracks her location and is updated at regular intervals. On June 11, the day of her departure, go to the site, click on the list of races and click the Border-to-Border Great Divide Mountain Bike Race, then look for Tangye’s bubble with the initials “AT!”

To donate as part of the fundraiser, visit Tangye’s Swell Donation page with Tanner Foundation at divideandconquer.swell.gives/Ride.