You are here: Home / Archives for Features / People

By Rubin E. Grant  Almost from the outset, Lori Smith was hooked on “The Chosen,” a television drama based on the life of Jesus. So, when she had the opportunity to be an extra in an episode, she jumped on it. In early June, Smith traveled to Midlothian, Texas, just north of Dallas, to take part in the filming of the Feeding of the 5,000 scene. The filming … END_OF_DOCUMENT_TOKEN_TO_BE_REPLACED 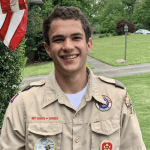 Gri Cashio in March earned the highest rank awarded by the Boy Scouts and now is an Eagle Scout.  Cashio comes from a strong scouting family. His grandfather, three uncles and two cousins are all Eagle Scouts.  Gri is a member of Troop 320 from Mountain Brook Presbyterian Church. Since joining Troop 320, Gri has held several leadership positions. He … END_OF_DOCUMENT_TOKEN_TO_BE_REPLACED

Brothers Paul and Ben Tierney of Boy Scout Troop 96 shared their court of honor April 3 at Faith Presbyterian Church with family and friends. Paul officially earned the rank during the COVID shutdown but did not have the chance to celebrate his achievement. When Ben earned the rank in February, a joint celebration seemed in order.  Both boys earned the Arrow of … END_OF_DOCUMENT_TOKEN_TO_BE_REPLACED 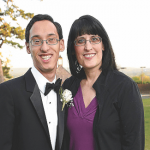 By Brianna Hoge Defying odds has become the anthem of Matthew Leong’s life, and his latest feat was crossing the University of Alabama at Birmingham’s stage during the 2022 spring commencement ceremony. Being born at 24 weeks’ gestation and weighing only 14 ounces, Leong had complications including retinopathy of prematurity, an abnormal blood vessel growth in the … END_OF_DOCUMENT_TOKEN_TO_BE_REPLACED

Two young men from Dawson Church Troop 83 were named Eagle Scouts, the highest rank awarded in the Boy Scouts, in January. Corbin Mehrer and Riley Howerton both earned the rank. Corbin Mehrer Corbin began his scouting career as a kindergartener and earned the Arrow of Light as a Cub Scout. Since joining Troop 83, Corbin has earned 31 merit badges and … END_OF_DOCUMENT_TOKEN_TO_BE_REPLACED