You are here: Home / Sports / John Carroll Sweeps Pelham in 6A Volleyball Championships

Coach Ginny Massa’s squad evened the series and then some with a 25-21, 25-12, 25-19 victory over Pelham in the Class 6A State Tournament championship match at the CrossPlex Thursday afternoon.

Pelham (41-17), coached by Scott Coefield, got 13 kills from Erin Hines, 27 assists from Emily Jackson and 18 digs from Hayley Brisendine. 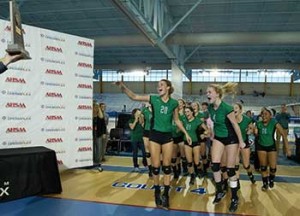