As he enters his first season replacing the legendary Buddy Anderson as head coach, Sean Calhoun inherits a Vestavia Hills football program that has made the state playoffs only twice since the Alabama High School Athletic Association went to seven classifications in 2014.

Those appearances came in 2015 and 2019. In three of their seven seasons at the Class 7A level, the Rebels have had losing seasons, including a 4-6 mark in 2020, but that included two forfeits because of the COVID-19 pandemic.

Calhoun spent the past five seasons as head coach at Carrolton, Georgia, where his teams won three region titles and made five quarterfinal playoff appearances, compiling a 51-12 record during his time at the school.

Calhoun hopes to turn around the Rebels’ fortunes in his first season, although Vestavia Hills still plays in challenging Class 7A, Region 3 that also has two-time defending state champion Thompson and perennial power Hoover, the Rebels’ longtime rival.

“Our outlook is optimistic,” Calhoun said. “We’ve got a lot of potential, but that word can be scary at times.

“We’re working hard and we’ve got some goals. We’re going to do everything we can to meet those goals. We’ve got to compete as hard as we can, play sound football and be physical, especially with the people we play on our schedule.”

Calhoun has installed a spread offense and brought in Bert Newton to be the defensive coordinator to implement an aggressive, attacking defense. Newton had spent the past four years as the coordinator at Hartselle.

“We’ve got a bunch of kids who saw some time last year,” Calhoun said. “I think the Rebel Nation is going to like this team and will be excited to see them play.”

Here’s a position-by-position breakdown of the 2021 Rebels:

Seniors Mitchell Towns and Fort Edmonds have been battling throughout the preseason for the starting job, and their battle will likely continue into the season.

Sophomores John Paul Head and Luke Turner will be backups.

“We’ll see how this all goes,” Calhoun said. “They all bring different things to the table.” 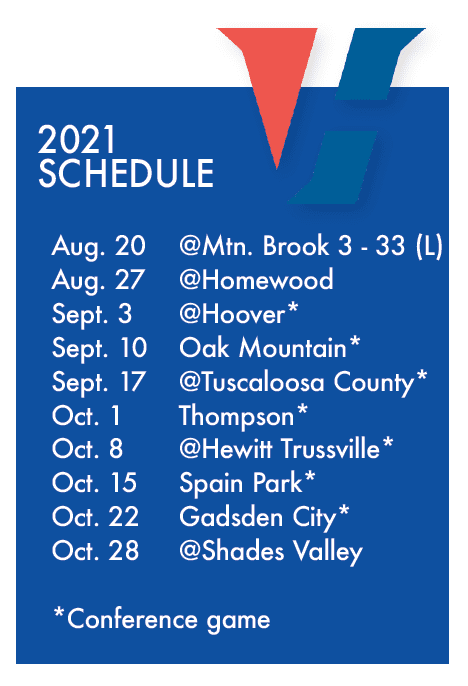 Running back is one the Rebels’ deeper positions. Senior Bryant Agee returns as the primary back.

“He’s dynamic with the ball in his hands,” Calhoun said. “He had some explosive plays last year.”

Tucker Smitha, Jack Lockhart and Jack Davis will get their share of carries.

“They’re talented but inexperienced,” he said.

The leader of the group is senior Cole Turner, the younger brother of former Rebel and current Clemson defensive back Nolan Turner.

Rob Warnock, Walker Creel, Warren Ainsworth, Clay Barnes, Will Bond and Wyatt Witherington are battling it out at tight end.

The Rebels have some experience up front with senior center Hill Stokes, a three-year starter, senior guard Jack Dawsey and senior tackle Hoke Smith. Two others who are likely to start are Nelson Greiner and Glen Porter.

Tackle Max Neuroth is the only returning starter on the defense. Calhoun describes him as a skilled defensive lineman.

“We’ve got a really good mix,” Calhoun said. “I think they will do a good job.” 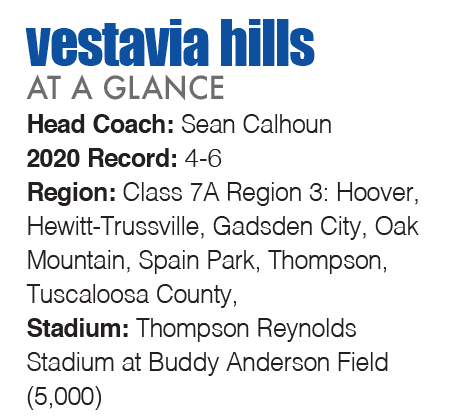 Trey Saunders, who can play inside or outside, spearheads the linebacking corps. Davis Stewart, John Martin Richter, Caleb Harwell, Will Fitzpatrick, Houston Owen, William Douglass, Gaines Johnson, Kaden Daniels, Chase Rose and Sam Hansen are competing to be in the rotation.

Senior Jackson Ayers, who can line up at corner or safety, returns as the most experienced defensive back. John Ross Ashley figures to play a safety spot. The cornerbacks will come from a group that includes Grant Downey, Kohen Nelson, Will Cox, Morgan McInnis, Zach Lightfoot, Michael Dobbs and Jay Faulkner.

“They’re all hybrid guys who can play a mixture of cornerback and safety,” Calhoun said.

The Rebels have to replace Matthew McMeans, who graduated after a stellar career. “He was a good one,” Calhoun said. “It will be a daunting task to replace him, but we’ll give it our best shot.”

Have some exciting OTM NEWS? Submit YOUR NEWS
Thursday, September 29, 2022