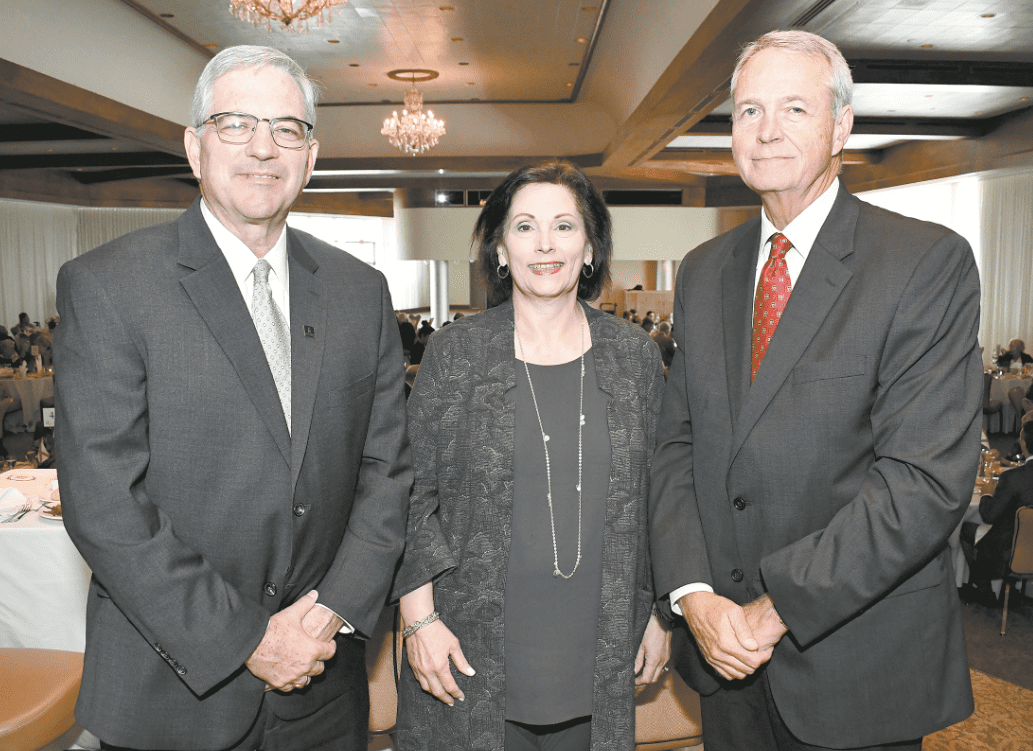 An induction ceremony celebrating the lives of the late Albert Preston Brewer and the late Harry Blackwell Brock Jr. was held Sept. 17 at The Club as both men were added to the Alabama Men’s Hall of Fame.

The ceremony was co-hosted by the Alabama Men’s Hall of Fame and the Women’s Committee of 100 for Birmingham.

A prelude was provided by Women’s Committee music chair Anna Williams, followed by a welcome from President Carla Roberson.

Brewer served as governor of Alabama from 1968 to 1971 and taught at Samford’s Cumberland School of Law for more than 20 years.

He joined the Cumberland faculty in 1987 and, during his tenure, worked to establish the Public Affairs Research Council of Alabama, a nonprofit, nonpartisan organization devoted to studying issues of public interest effecting state and local government in Alabama.

When Brock led the founding of his bank Central Bancshares in 1964, it was Birmingham’s first new bank in 18 years. He later led Central Bancshares efforts to purchase a Texas bank, making it the first bank in Alabama to own a bank in another state.

The Alabama Men’s Hall of Fame is permanently housed at Samford University in the Harwell Goodwin Davis Library. It recognizes men native to or closely identified with the state of Alabama who have made significant contributions on a state, national or international scale.