You are here: Home / Latest Posts / Camp Life at 70: Life Lessons and Fun Among the Pines Since 1948 at Camp Mac

In 1957, 9-year-old Alvin Bresler headed to summer camp for the first time.

His destination was a boy’s dream-come-true: a rustic paradise called Camp Mac, tucked inside the Talladega National Forest among the towering east Alabama pines and along the shores of two sparkling mountain lakes 1,000 feet above sea level.

Though he didn’t know it at the time, Bresler would develop a lifelong passion for Camp Mac, a place where he would return on many occasions, first as a camper, then as a counselor, later as the parent of three campers and now as the grandfather of four more.

So as Camp Mac celebrates its 70th birthday later this year, Bresler will be there, reliving old camp memories and making new ones.

Phillip Moultrie of Hoover also will be celebrating, even though his Camp Mac experience came not through his own days as a camper, but his children’s. His two daughters and son enjoyed many a summer day at Camp Mac, with both daughters later working there.

Moultrie knew members of the founding McBride family as far back as his college days, so by the time his kids were old enough to go to camp, sending them to Camp Mac was the natural thing to do.

“The principles and quality of the camp are what you’d expect from a respected family with such high standards,” he said. “The good morals, good citizenship, and structured environment foster character development, and any parent would want that for their child.” 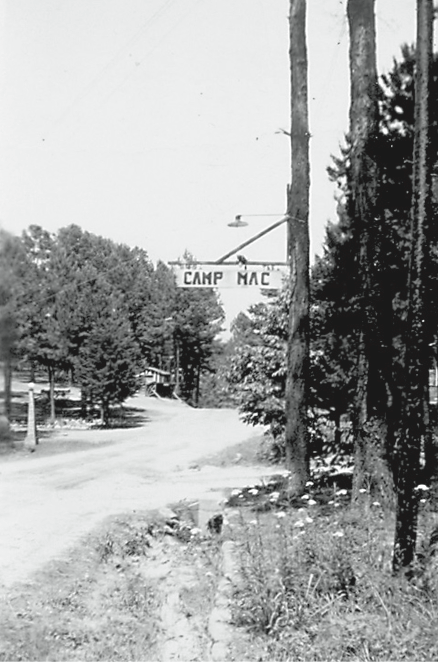 In fact, he sees that kind of character in his children today, and “I like to think Camp Mac had a role in that,” he said.

Camp Mac was founded in 1948 by then-superintendent of Talladega County Schools, E.A. McBride. Known as Mr. Mac, McBride loved educating children and knew that what they learned in the classroom was only part of what they needed to know to become successful adults. Members of the McBride family run the camp to this day.

During the past 70 years, generations of kids have converged on Camp Mac with anticipation of a summer of playing games, riding horses, dancing, fishing, doing arts and crafts, sitting around campfires and taking part in special events such as Carnival Night or Tacky Night. A wide variety of activities has given each camper opportunities to pursue new or established interests.

“They (the camp staff) always seem to be adding something, and they do a masterful job with the upgrades and activities,” said Bresler. “You won’t see the same old things year after year. And the kids are always busy. It’s hard to get homesick up there.”

But despite the changes, some things remain just as they were when the camp was begun.

“We’re still a traditional camp based on traditional values and designed to teach children about themselves, about what they are capable of, and about the beauty of the world around them,” said Camp Mac staff member Allison Gunn. “Our goal is to continue to offer these opportunities for generations to come.”

As to providing lifelong advantages for the kids who go there, Camp Mac, said Bresler, is hard to beat. In fact, he said, some of the lessons he learned in his camping days have remained with him and played a role in his successes as a coach at Homewood High School and later, in the business world.

“It’s a great education for life,” he said. “One of the great things about going to summer camp is it puts you in a position to make decisions and grow up. You learn self-discipline, which you need to get along in the real world, and it helps you be an all-round better person.”

Besides, he said, “The food in the dining hall is absolutely delicious.” ❖

Camp Mac invites alumni and friends to be a camper again at its 70th Celebration Day on Sept. 8. Guests may participate in activities they enjoyed in the past, try one of the newer activities, or just visit around the Canteen. Your day might include horseback riding, riflery, zip lines, rappelling or any of a host of activities.

To register as an alum, go to campmac.com, click on About Camp Mac and then Alumni.