The idea for Campesino Rum started when Hatton Smith Jr. was living deep in the remote Panamanian jungle.

“I lived down there on a farm out in the woods, kind of in the middle of nowhere,” he said.

Smith had some familiarity with the country; his family, which has owned Royal Cup Coffee since 1950, had traveled to Panama throughout Smith’s childhood, and when he was 19, he spent a four-month stretch in the country as a hiking guide. After he finished college, he said, he returned to the country, “But I didn’t really have a plan.”

“I knew where I could live on a farm,” he said. “I slept in a hammock every night. I didn’t have any money or way of making any money. You don’t have to do that very long to a guy like me before I figure out how to start making money.”

Using the skills he had learned from the family business, Smith started roasting coffee and selling it to locals. Before long, he was given the opportunity to move into a rum still.

“I literally was roasting coffee over 500-degree fire during the mornings, and at about the time (that was done), the rum would start coming off the still,” he said. “From there, I did a lot of research into rum development, rum production and current rum companies, and I found out what I think of as rum’s dirty little secret.”

That secret, he said, is the inclusion of additives – extra sugars, flavoring and coloring – in most brands of rum.

“Even some of the ones that are $60, $100 a bottle, they have sweetener in them,” he said. “Rum as a distillate itself is not sweet. It has the essence of sugar cane flavor, but not sugar or vanilla or caramel flavoring … . But a lot of major producers add that to their bottles, and after distilling it myself, I realized that was what was truly wrong with the production cycle.”

Smith brought the notion of starting a rum company back with him when he returned to Birmingham. He decided to use some of the business practices that he’d learned from the family business.

“I took the exact same type of blending model that Royal Cup does,” he said. “In coffee, to create a certain flavor profile, you need multiple origins. In coffee, it’s fairly common for you to take Brazilian, Central American and Colombian (beans), roast them at different levels and then blend them together to create a very consistent, tasty, deep flavor.”

The same process is applied to Campesino Rum, which officially launched in August.

“We go all over the world, primarily in Central America and the Caribbean, and we create custom rum blends from multiple origins, from some of the world’s finest rum distilleries,” Smith said. “We have a select flavor profile that we look for … and we combine them to create a very unique flavor that is truly one to its own.”

But rum, he stressed, is the only ingredient.

“When you drink Campesino, you drink straight from the barrel,” he said. “It’s important to me that people know that, so when they experience the flavor, they know they’re experiencing something that’s true. They really should consider it in its own category outside of what they consider rum to be.” 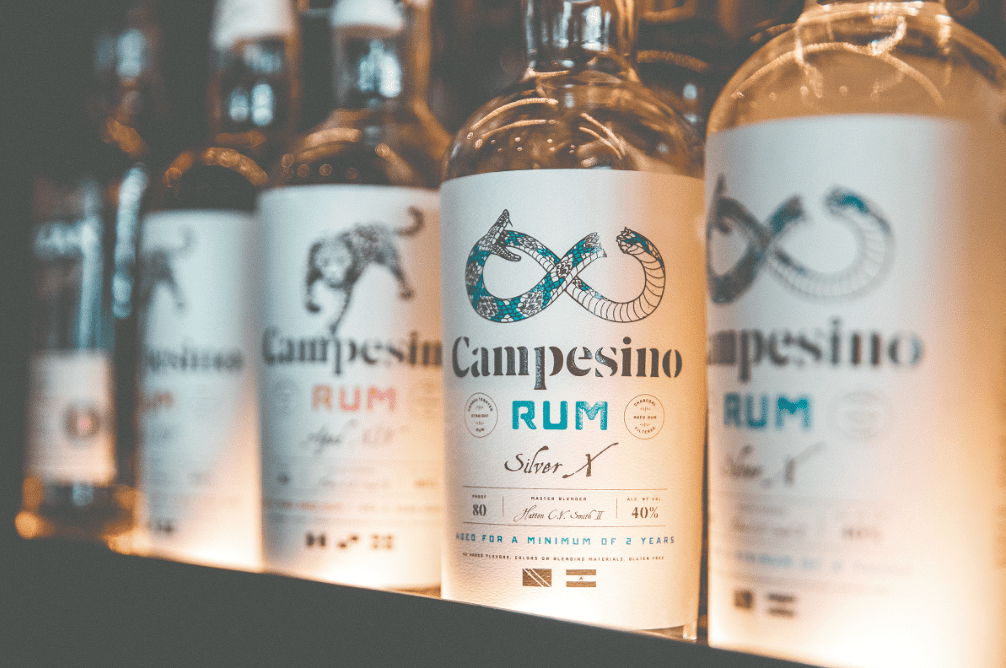 It’s All in the Name

Campesino Rum takes its name from the Spanish word for “peasant” or “farmer.” To Smith, the word has the connotation of “someone who is self-sufficient – someone who lives off the land they occupy. It’s really a magician of life, where they don’t really need the outside world.”

Several of the Panamanians he met during his stay there, he said, meet that description.

“Where I lived in the jungle, the only guys who were (more remote) than me were campesinos,” he said. “They’re amazing humans who have the craziest skill sets. I was really fascinated by these dudes and we actually became pretty good friends. They would come by and help me around the still, and I would give them some rum. When I came back here, I really wanted to honor them with that name.”

Campesino Rum is available at several restaurants and bars throughout the Birmingham area, including Oven Bird, the Collins Bar, Little Donkey, Cocina Superior, Otey’s Tavern and Whistling Table, among many others. The rum has gotten national attention, too, taking home the silver medal at last month’s New York World Wine and Spirits Competition.

“So that hard work has paid off,” Smith said. “And the rum speaks for itself.”

For more information, including a list of restaurants and bars that offer Campesinos Rum, visit campesinorum.com.