You are here: Home / Weddings / Darnall-Stokes 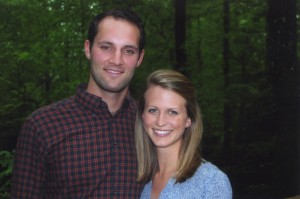 The bride-elect is the granddaughter of Mr. Rex Jackson Lysinger of Destin, Fla., and the late Mrs. Jodene Elizabeth Lysinger and Mr. and Mrs. John Palmer Darnall III of Birmingham.

Miss Darnall is a graduate of Vanderbilt University, where she was a member of Kappa Alpha Theta sorority. She was presented at the Krewe Ball and the Ball of Roses. Miss Darnall is employed in Atlanta.

The prospective groom is the grandson of Mr. and Mrs. John Whittemore Stokes Jr. and Mr. and Mrs. Charles Adolphus Montague Jr., all of Memphis.

Mr. Stokes is a graduate of Vanderbilt University, where he was a member of Sigma Alpha Epsilon fraternity. He is employed in Atlanta.

The wedding will be June 6.

Have some exciting OTM NEWS? Submit YOUR NEWS
Thursday, October 6, 2022