The mission of the gold vermeil jewelry line, established by Birmingham resident Whitney Wright, is not so much about the product as its purpose.

“When I meet new people, most assume that I am a brand advocate, so they’ll ask me how I met ‘Elia,’” Wright said.

The name of the company was inspired by Athena, the goddess of many things, including wisdom, courage, justice and civilization.

Elia, Greek for olive, represents the olive trees that Athena would plant as a gesture of good will and peace after conquering cities. Fulmen, Latin for lightning bolt, represents Athena’s power. She was granted exclusive use of Zeus’ lightning bolts.

The line’s main players are the charms that feature a variety of symbols, each representing four words of empowerment.

“They are meant to be worn not just (as) jewelry,” Wright said. “The jewelry represents something that you embody.”

The charms can be worn on the brand’s necklace chain, which has a clasp patented by Wright, or a set of threader-style earrings.

While symbols are conceived by the Elia Fulmen team, many have been inspired by customers or people tied to the brand after being asked what is important to them.

“During the pandemic, our highest selling charm was Peace of Mind,” Wright said.

The symbol is of an olive branch and its words of empowerment are balanced, mindful, calm and collected.

During the pandemic, the popularity shifted to a True North charm, the Equality charm and, now that people are returning to offices, the Workhorse and Hammer charms.

Charms are packaged with intention as well. “When you open it, whether it’s for you or someone sent it to you, it’s immediately clear why it was sent,” Wright said.

While she never envisioned a career designing jewelry, Wright conceived the idea for Elia Fulmen and began working toward launching the brand in mid-December 2019.

“I felt so goofy,” she said. “I took out a pencil and a piece of paper and drew some things.”

The focus for point-of-sale would be trunk shows, which would create an opportunity for customers to discuss the purpose of the product.

Wright was planning to travel to New York City on March 9, 2020, for a series of trunk shows.

“I had a friend in New York City who said, ‘You can’t come up here,’” Wright said.

While a full picture of the COVID-19 pandemic still was forming in the South, Wright’s friend was seeing runs on ATMs among other signs of public panic.

In response to impending shutdowns and travel limitations, the company quickly pivoted to create a website and transition to e-commerce.

“A big component of what Elia Fulmen is is creating communities of women,” Wright said. “The pandemic turned out to be an awesome opportunity to do that.”

“I am not a jewelry person,” Wright said. “It was never my dream to be a jewelry designer or to be in this space. Elia Fulmen really is a byproduct of the work I started doing with Athena Collective.” Athena Collective is a Birmingham-based gender equity program Wright co-founded with Nicole Carpenter more than five years ago.

A Chicago native, Wright began her career in engineering but frequently shifted gears. She studied journalism, went to culinary school, worked as a chef and ended up in New York City working for startups. She had been married, given birth to her daughter and been divorced, and eventually she saw she needed a change.

“New York is an amazing place to live for a stint,” she said, but it isn’t a great place to raise a family.

She accepted a job with Time, Inc., which brought her to Birmingham for the first time.

“I think living in Alabama, more than any other place, has made me a better mother, a better daughter, a better sister, a better friend, a better businesswoman, just because I’ve been exposed and proximate to things I previously didn’t know or understand,” she said.

As she transitioned to working for a management fund, she began to get inspiration for Athena Collective.

The initial mission was to identify effective ways to foster a culture that empowers women.

Backed by scientific data, most notably sourced from Marc A. Zimmerman of the University of Michigan, Athena Collective identified a three-step method to create lasting change that first inspires empowered people and then fosters communities of empowerment to create lasting cultural change.

“We felt like society was missing the first two parts of the process,” she said. 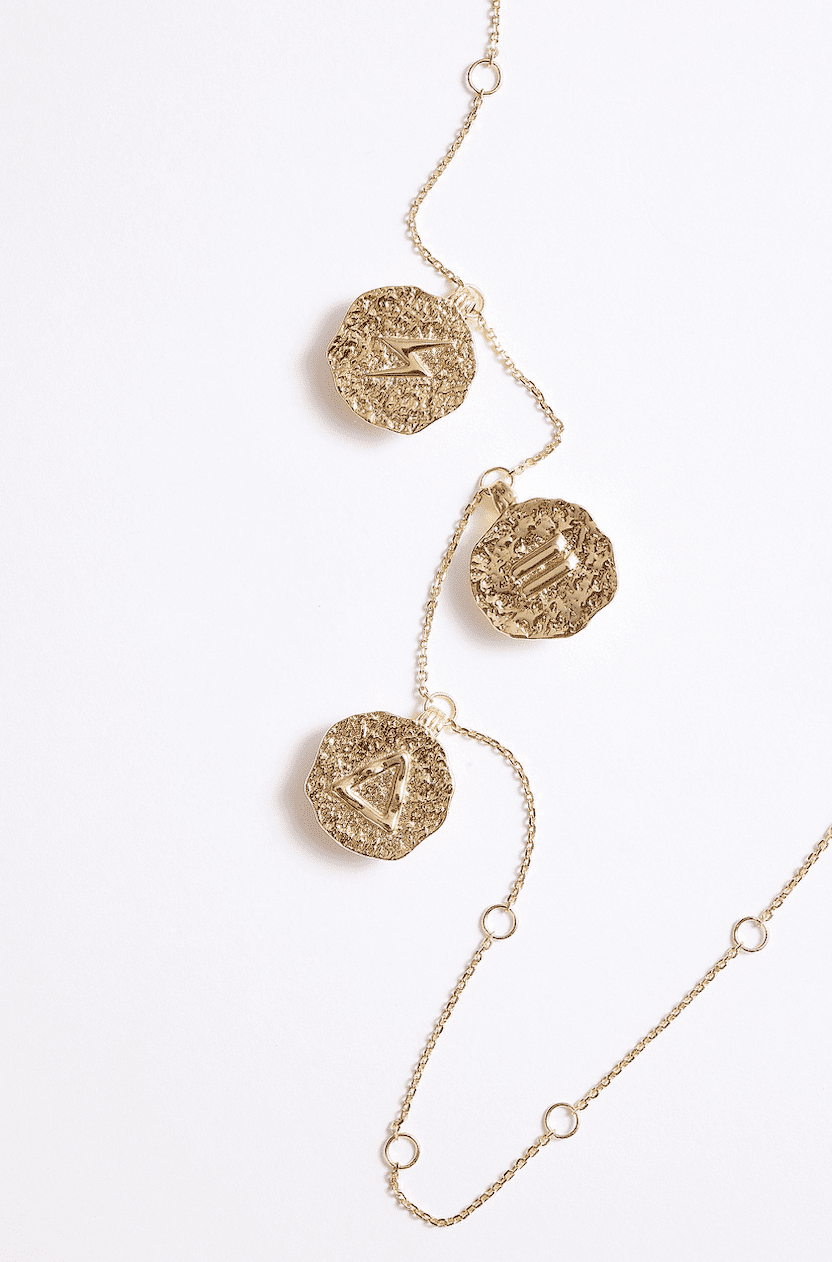 “The reason that the trunk show model was so important is that the charms are also meant to be discussed,” Wright said. “That would facilitate the community-building component.”

While trunk shows have been on the back burner for much of Elia Fulmen’s existence, thus far, the inability to meet people in person has generated an opportunity to establish an empowered community online.

Each charm has a unique number that initially was intended to be used to catalog each charm’s journey as it was traded among people. People would take that number and reference a digital catalog that includes the stories of the women who wore it.

“We were getting these stories that were private to their specific charm number, but the stories were so amazing and inspiring,” Wright said. Some of them have been shared anonymously on Elia Fulmen’s social media.

One woman shared her journey undergoing thyroid surgery and spoke about the sense of empowerment she felt wearing her necklace with the charm positioned right by her scar.

“We’ll be redoing the charm model a little bit so everyone can see each other’s stories,” she said. “You can search broadly by charm, but each of the stories are so moving.”

By far, she said, her favorite part of the process is the stories, whether she reads them or hears them when she meets people.

“It’s nice to sell jewelry and be able to make a living, but I’m in it because I have met incredible women who inspire me,” she said.

As the business has grown, she refuses to hire co-packers or distributors for the products. When she packs the shipments herself, she gets to read the gift notes.

“It is the most moving thing to read a note that a woman is sending another who is maybe going through a tough time.”

She has also seen numerous husbands purchase charms as gifts for their wives who recently have given birth. The notes speak about how the men are in awe of their partners’ strength.

It’s not only a great experience for her but also her daughter, who helps out for a fee of $0.25 per box.

“It always makes me happy for her to see her mother building something that is so meaningful,” Wright said.

She also has had the opportunity to partner with other female-led businesses locally and nationally. She will soon partner with Hey Mama, a resource for working mothers that soon will launch a local network.

“It’s what this is all about fundamentally,” Wright said. “This is the brand mission. To get women together to collaborate and build communities.