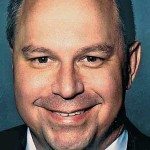 Thirty-six years have passed since Gib McEachran first set foot on the campus of Vestavia Hills High School, but he remembers the moment like yesterday.

McEachran’s family had just moved to Vestavia from Memphis, where he had been a star athlete at Christian Brothers High School. The rising senior wasn’t sure what to make of his new school until the bell rang for the changing of classes.

“I was used to going to an all-male school with an enrollment of 900,” said McEachran, now a North Carolina businessman. “And all of a sudden half the kids coming out of those classrooms were pretty girls with blonde hair and blue eyes. When you’re a 17-year-old boy, that’s a big selling point. I knew Vestavia was the right place for me.”

There was another selling point that may not have been so apparent at the time. A 28-year-old assistant coach named Buddy Anderson had been elevated to head coach of the Rebels’ long-suffering football program. Anderson’s first priority was to make Vestavia–which had enjoyed only one winning season in its seven-year history–a respectable football team. Nobody could have guessed that the little-known coach would become a legend.

Vestavia’s win over Hewitt-Trussville last Friday gave Anderson his 310th career victory, making him the winningest high school coach in Alabama history. But McEachran remembers Anderson well as a bright young coach who was trying to establish himself–and his program.

“The first thing I remember about Coach Anderson was what a great person he was away from football,” McEachran said. “He was wonderful in the way that he put the welfare of the kids above wins and losses. Coach Anderson is one of the best people I’ve ever known.”

Anderson’s compassion for his players shouldn’t be construed to mean he was an easy touch on the practice field, McEachran said.

“At the beginning, Coach was a little awkward for sure,” he said. “He was very rigid in his approach. Our practices were long, and the coaches could be overzealous in our conditioning. By the time we got to the first game against Mountain Brook, we were exhausted before it began.”

That first game didn’t go well. Vestavia didn’t mount much of an offense as the Spartans took a 3-0 victory.

“I was probably one of the fastest guys on the team, and I probably lost two or three steps just from being tired,” he said. “Guys were cramping up all night. It wasn’t a good beginning.”

But the new coach learned from his mistakes.

“He eased up on us after that,” McEachran said. “Coach Anderson realized he had to loosen up on the reins a bit to let the team grow to its full potential. It took a lot of courage for a first-year coach to realize that maybe his original approach had been too harsh and needed to change. A lot of coaches would have been insecure and just doubled down on what they were doing.”

Success finally came in week three as Vestavia rolled over Hewitt-Trussville 14-0, with running back Scott Waggoner, tight end Jim Brown, quarterback John Murphy and McEachran giving the Rebels some offensive zip to go with an already rugged defense. And for the record, that was Anderson’s first career win.

“As great as that was, I don’t think that anybody would have imagined that in 36 years, Coach Anderson would still be at Vestavia and getting more than 300 wins,” McEachran said. “It’s a tribute to him and the coaches that have stayed with him for all of this time.”

Things got even better the next week when a great run by Waggoner helped the Rebels to a surprising 15-14 come-from-behind win over Minor. Waggoner had inspired the team at halftime with a locker room speech McEachran said he’ll never forget.

“Let’s just say he told us that we were better than we had been playing and were good enough to beat Minor,” McEachran said. “After winning that game, we felt we could beat anybody.”

Vestavia didn’t win the next week but forced defending state champion Berry to the limit before falling 21-14. While the season was looking up for the Rebels, McEachran was frustrated with his own standing with the team.

After much thought, McEachran made a bold move.

“I called Coach Anderson at home,” he said. “I was so nervous I was probably stumbling over my own words, but he listened. I wanted to know what my role was going to be for the rest of the year. Coach could have thought, ‘Who was this kid from Memphis trying to tell me how to run this team?’ But he didn’t. He really took to heart what I had to say.”

Anderson didn’t just pay lip service to McEachran’s ideas. Murphy was allowed to throw the ball more with aces like McEachran, Brown and Ry Ogilvie as targets. Vestavia didn’t lose again until it reached the Class 4A state championship game.

“We had the weapons to mix up the attack to confuse our opponents, and Coach made the most of it,” McEachran said. “Even if we didn’t have the most talent, we won a lot of games on sheer guts.”

Vestavia’s surprising 10-4 final record earned Anderson honors as Coach of the Year and set the stage for an impressive Rebel run. Vestavia would reach the championship final again in the next two seasons, finally claiming the crown in 1980.

The season was impressive. McEachran, who went on to play football at Furman University, was far more impressed with his head coach.

“Coach Anderson is great–not just in what he has accomplished, but as a Christian and as a man. He’s a straightforward man with an unbelievable moral compass who expects the best effort from everyone around him and won’t accept any less,” he said.

McEachran lived in Vestavia for only five years but still considers it home.

“So many of my classmates went to Alabama or Auburn and live within a three-mile radius of the school and send their kids to Vestavia,” McEachran said. “That shows you that this is a special community.”

When McEachran visits his old home, he makes a point to see his former coach.

“Coach Anderson loves to talk one-on-one with people, particularly people who were part of his program,” McEachran said. “You could have been the star quarterback or the boy that washed the uniforms. He wants to know about their jobs, their wives and their children. He really cares about them all.”

McEachran said he wasn’t sure how much longer Anderson might coach.

Anderson won’t coach forever, but McEachran and his teammates of 1978 began a legacy that isn’t close to ending.