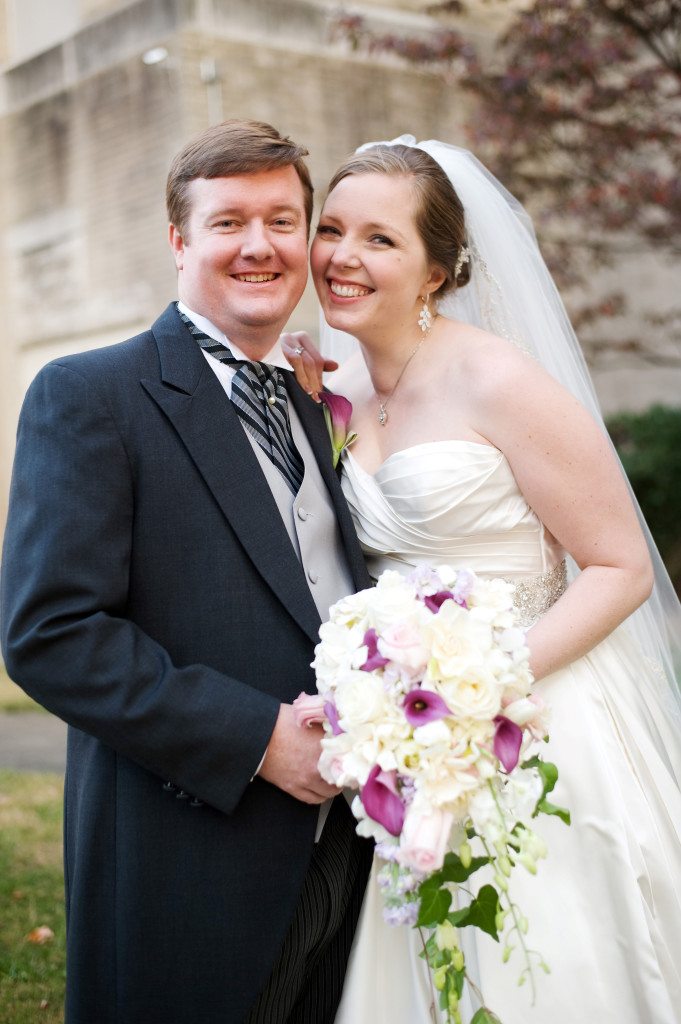 Meridith Elise McKinney and William Hughes Satterfield Jr. were married Nov. 15, 2014, at Highlands United Methodist Church. The mid-afternoon ceremony was officiated by the Rev. Dr. Corbett Heimburger and the Rev. Mikah Hudson. A reception at the Country Club of Birmingham followed the wedding.

Given in marriage by her father, the bride wore a strapless ivory satin ball gown with a jeweled waistband and a chapel-length train and veil. She was attended by her sisters, Evelyn McKinney Hill and Stephanie McKinney Newton of Nashville, Tennessee, as matrons of honor and Suzanna Rose McKinney of Birmingham as maid of honor. Bridesmaids were Caroline Satterfield McClain, sister of the groom, of New York City; Lisa Jane Rogers of Brisbane, Australia; Samantha Erin Pieper of Prattville; Suzanne Adkins Brodner of Madison, Mississippi; Mary Lauren Bobango of Memphis; and Lauralei Suzanne Palmer of Kenosha, Wisconsin. The flower girl was Rushton Grace Robinson of Birmingham.

Scripture readers were Emily Caldwell Perkins of Birmingham and John Allen Bobango of Memphis. Soloist was Ryan Green, sister-in-law of the groom.

After a honeymoon trip to Cabo San Lucas, the couple live in Birmingham.

Have some exciting OTM NEWS? Submit YOUR NEWS
Wednesday, August 4, 2021