The facility is on 3rd Avenue South, with new neighbors including Children’s of Alabama, Regions Field and Smile-A-Mile.

After a groundbreaking ceremony on Dec. 11, 2019, construction to completely renovate the 60,000-square-foot facility is nearing its end.

When Brasfield & Gorrie’s crews excavated the site, they stumbled upon hidden gems that have been repurposed or kept original throughout the building.

Pieces of a trolley line that ran from 16th Street to 17th Street have been used on the exterior of the building as well as in the grand lobby.

Exposed wood in the form of railroad ties, metal sliding doors, original beams and trusses can be found throughout, giving a nod to Birmingham’s past as an industrial giant.

“I love the repurposing of things we found here and the juxtaposition of our city’s heritage within this new, funky building,” Cromwell said. 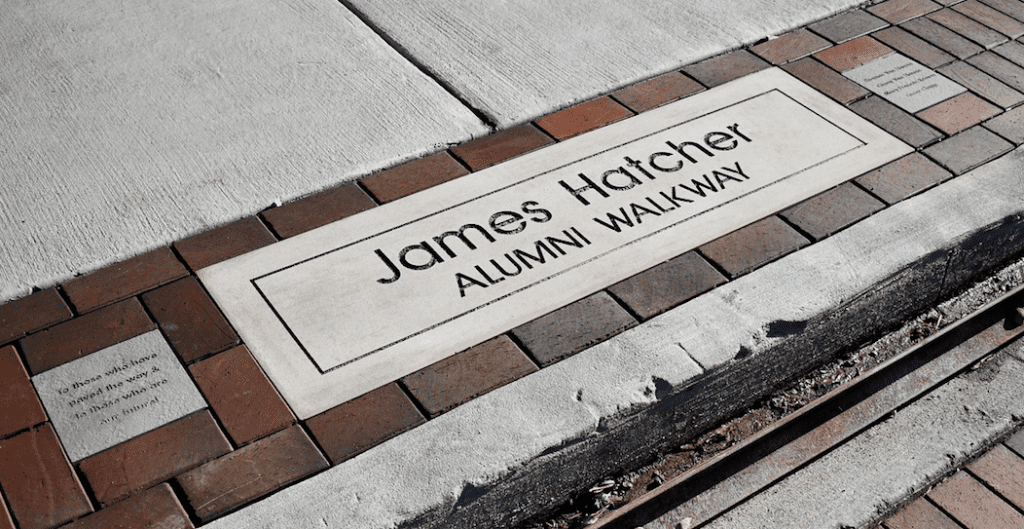 According to Cromwell, the hunt for a building in which to create a Red Mountain Theatre campus was arduous.

“We looked at about 15 different locations,” he said. “We ended up buying three different properties and we did architectural programming documents on many more.”

The building had to work on multiple levels, Cromwell said, with a large open theater that coexists with education classrooms and office space.

Finding the current building was what Cromwell refers to as a “God kiss;” it was meant to be.

“I stood in the middle of (what is now the theater) and threw my arms open 14 months ago and said, ‘This is it,’” he said. “It’s the first time I had seen a column-free space of this size in this city.”

The main theater, once complete, will hold 450 seats, include a Broadway-sized orchestra pit and offer the ability to change things up depending on performances.

“Our audiences love the intimacy of the cabaret, so we can take that whole front tier out and put in round tables and chairs,” Cromwell said.

The building also is extensively ramped, and the theater is built so that there is wheelchair accessibility in every ticket price point.

Once construction has finished, the final design will be completed by theater consulting firm TheatreDNA, which was responsible for the Kodak Theatre in Los Angeles.

The company’s team includes an acoustician who will make sure the space is devoid of noise from the outside.

“I told him if life flights go on at (Children’s Hospital), sirens are going on 2nd and 3rd Avenues and 100 kids are tap dancing, I better not hear anything in here,” he said.

The theater’s grand lobby is a long, gunshot-style space, inviting people in with white walls and splashes of red. There is a box office, coat check, soon-to-be-swanky donors lounge, theater entrance and a large patron bar along one side with bathrooms nearby. The idea was to keep traffic flowing smoothly.

Cromwell notes that he sees potential for the space to be used for events, such as corporate gatherings, weddings and fundraisers.

As the building is a place where education and public performance coexist, a back entrance to the education wing is situated on the less-congested 2nd Avenue for easier carpool drop-offs.

Students will enter via the James Hatcher Alumni Walk – a nod to the organization’s beginnings as Summerfest and its founder.

“We put our shoulder to two even things, professional theater and arts education. So, we see 17,000 kids in the metropolitan area in 72 unique ZIP codes,” he said. “Back in the day, it really used to be an artistic sandbox for Over the Mountain. We’re really proud that we have diversified the kids we impact.”

According to Managing Director Jennifer Jaquess, after staff moves in, the next milestone will be welcoming students to their new home in the spring.

While interior work and theater construction hasn’t come to a close yet, the space already showcases a union of Birmingham’s past and future.