You are here: Home / Latest Posts / Spreading the Word 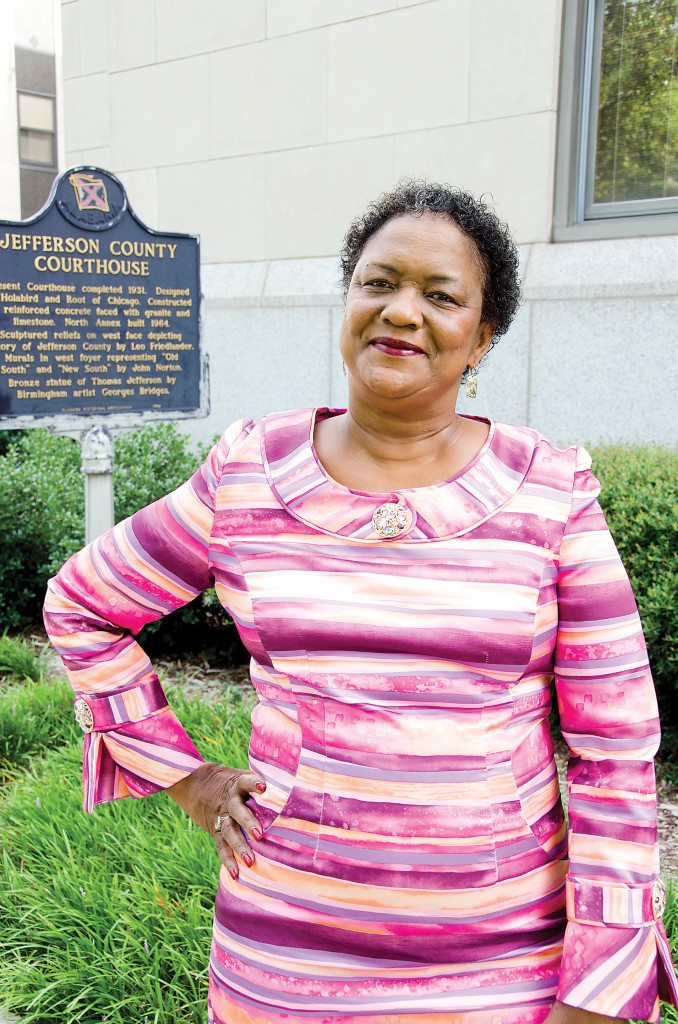 Jefferson County Commissioner Sandra Little Brown is the only woman among 29 men involved in the Real Mean Wear Pink campaign.

As the female face of the American Cancer Society’s campaign and a cancer survivor herself, Brown said awareness and early detection are the most important things she wants to emphasize to the community.

Three years ago, Brown heard three words that no one wants to hear: “You have cancer.”

“I was devastated,” Brown said. “I thought I was going to die.”

Brown said her family motivated her to quickly change her attitude.

“My son gave me hope,” she said. “He picked me up off the floor and told me, ‘No, Mom, we’re going to beat this together. We’re going to fight this.’ I started thinking about my grand babies and it gave me the will to live.”

Brown decided to go public with her battle against cancer, which she says is all a part of her personal ministry. After her diagnosis in September 2012, she underwent a double mastectomy.

Brown says women are far too private about breast cancer, especially in the black community.

“It will kill,” she said. “Everywhere I go, whether it’s church or the grocery store, it’s not about Sandra Little, commissioner, it’s about my survival. And that’s what inspires people.”

Brown said she relied heavily on the support of her family, including her six sisters, during her treatment, as well as her colleagues, coworkers and the community. A good dose of humor and a lot of prayer also kept her strong. She relayed one funny instance in which her grandson told her to “put on her hair” after walking in on her wig-less during the midst of her chemotherapy treatment.

“I wish that everybody that went through what I went through could have that support that I had to help pull me through,” Brown said. “I want to be able to give that same support to other women who are affected by this disease. One out of eight women are and that’s too many.”