You are here: Home / Archives for Fashion

By Kaitlin Candelaria Bradford Billingsley has a long list of accolades, from recently receiving top honors on the fashion reality show “Project Runway: Threads” to being featured in Seventeen magazine. He is definitely working on making a name for himself. Billingsley is also only 13 years old. Billingsley said he began drawing at age 4. His first sketches featured … END_OF_DOCUMENT_TOKEN_TO_BE_REPLACED

By Kaitlin Candelaria Birmingham-based bridal designer Heidi Elnora is no stranger to the camera. After being featured on TLC's Project Runway in 2005, Elnora returned to Birmingham and launched her own boutique, titled heidi elnora, in November 2006. Since then, Elnora has quickly gained fame in the bridal community for her designs, launching lines such as her … END_OF_DOCUMENT_TOKEN_TO_BE_REPLACED 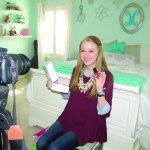 By Milan Ballard Gloria White said she has a love of all things beautiful, and that's what led her to open a shop in Homewood which specializes in bringing one-of-a-kind “wearable art” to Over the Mountain residents. White said her lifelong love of discovering unique items around the world inspired her to open Jezebel's on 18th Street in downtown Homewood in … END_OF_DOCUMENT_TOKEN_TO_BE_REPLACED

The Birmingham Alumnae Chapter of Delta Zeta sorority will host its second annual “Make Some Noise!” Game Day Fashion Show, Luncheon and Silent Auction Aug. 23 from 11:30 a.m.-1:30 p.m. at Iron City Grill. Tickets will be $45 at the door. For information on sponsored tables, visit dzgamedayfashionshow@gmail.com or call 413-6464. Proceeds will support the Alabama … END_OF_DOCUMENT_TOKEN_TO_BE_REPLACED