You are here: Home / Archives for The Dress Shop on Linden 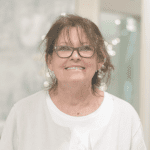 By Ingrid Howard When Diana Hansen closed the downtown Homewood location of White Flowers and moved into Brookwood Village, she originally thought she would operate there for only a few months. But she said she liked it there so much that she decided to stay. “I like the comfortableness of this mall,” she said. “And I think it’s pretty the way they’ve fixed it up.” This … END_OF_DOCUMENT_TOKEN_TO_BE_REPLACED