You are here: Home / Archives for Vestavia Hills Board of Education 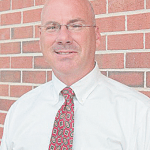 Dr. Todd Freeman has been named the next superintendent of Vestavia Hills City Schools. The city’s school board chose him unanimously to become the system’s seventh superintendent. The decision was announced Jan. 31. Freeman is superintendent of Sylacauga City Schools in Talladega County, a position he has held since 2013. Before that, he spent 20 years as an educator, … END_OF_DOCUMENT_TOKEN_TO_BE_REPLACED

By Emily Williams Vestavia Hills City Schools Superintendent Dr. Sheila Phillips will be retiring from her position effective Sept. 1. Phillips announced her plans to retire during a Vestavia Board of Education meeting July 31. She informed the board of her plans to leave the posi- tion she has held since 2014 in a letter submitted July 20. “Thank you for the opportunity … END_OF_DOCUMENT_TOKEN_TO_BE_REPLACED