You are here: Home / Archives for Vestavia Hills Fire Department 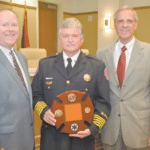 By Annie Howard After nine years on the job, Vestavia Hills’ fire chief said he is moving on to “the next big thing.” James “Jim” St. John will retire from the Vestavia Hills fire department at the end of April to work with the Jefferson County Emergency Management Agency. He served as fire chief for nearly a decade, but he’s been involved with Vestavia’s fire department … END_OF_DOCUMENT_TOKEN_TO_BE_REPLACED 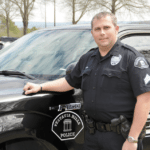 On April 23, the Vestavia Hills Sunrise Rotary is sponsoring a shrimp boil festival to honor Vestavia Hills police officers and firefighters. This annual event was designed six years ago as “an opportunity to give our first responders recognition,” said Rotary event coordinator Margaret Cook. This year’s event includes a live band and the skydiving team The Casters. Members … END_OF_DOCUMENT_TOKEN_TO_BE_REPLACED