You are here: Home / Latest Posts / The Bell Center breaks ground on its new facility 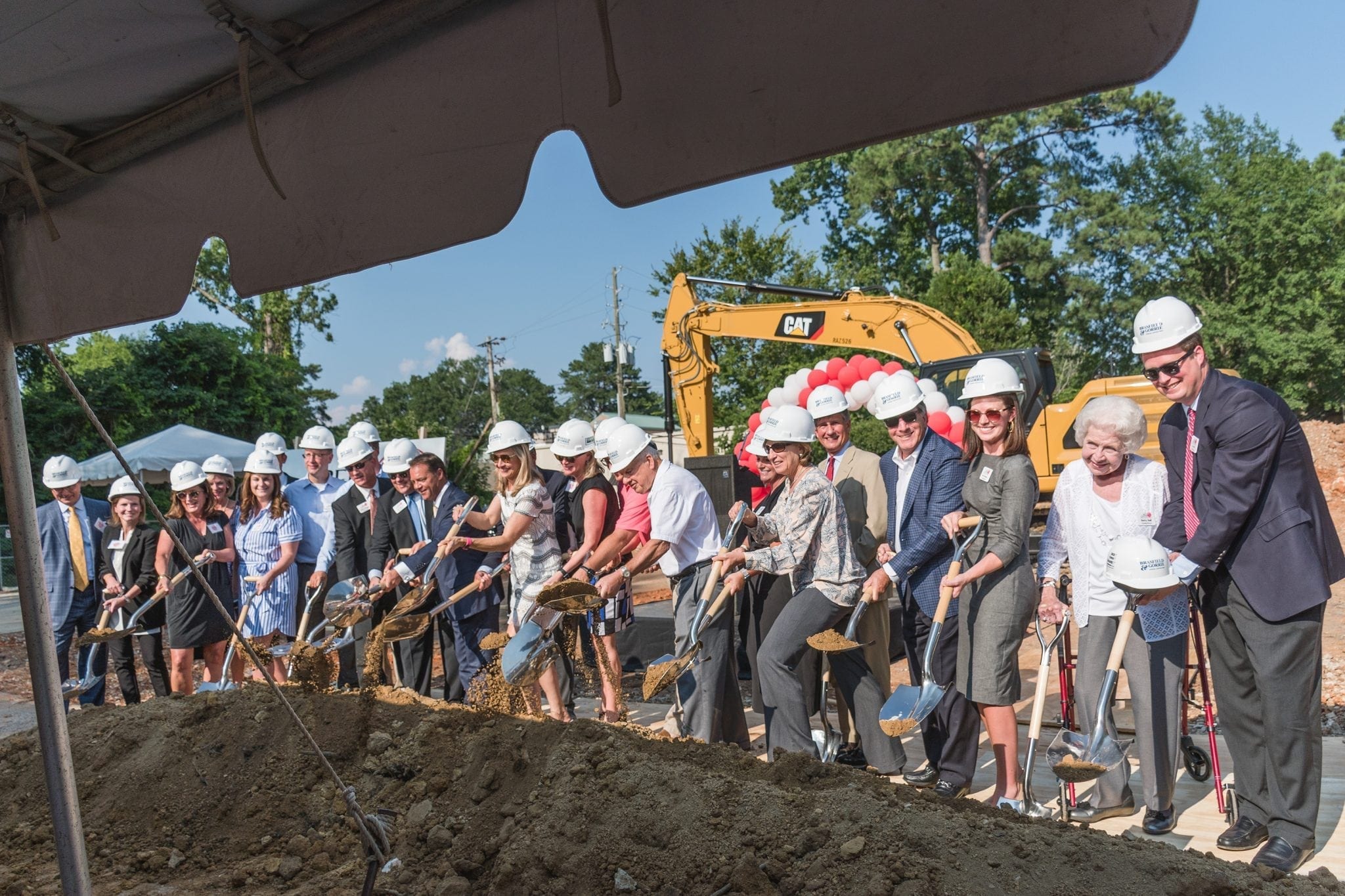 The Bell Center board of directors breaks the ground for the new facility.

Bell Center children, parents, staff and members of the Junior Board and Board of Directors dug their shovels into the ground Wednesday to celebrate the new Bell Center facility.

As we previously reported, construction on the 18,000-square-foot facility that serves children with special needs expects to be complete by May 2019. It will include more space for the participating children, bigger windows with more natural light, viewing rooms for the parents to watch their children and more.

“Today was a really exciting day for us,” said Bell Center Executive Director Jeannie Colquett. “We’ve been thinking about this, we’ve been planning for it, I even saw the building go down, and it didn’t really phase me. But coming here today did. This was very emotional.”

The Bell Center announced its $8.6 million campaign goal at the ceremony. Benny LaRussa Jr. of Sterling Capital Management said the campaign has raised $7.6 million so far from 174 donors.

Chrissi Burrell attended the groundbreaking ceremony with her daughter, Alexa, who is a participant of the Bell Center Early Intervention Program. She said she is excited for Alexa to be able to take advantage of the new space.

“It’s going to help her because they’ll be able to have several different classrooms and several different additional features to the classrooms they can add,” Burrell said. “Right now, there’s only two infants that can go in a classroom, whereas now there’s going to be many more they can serve. They’ll be able to reach more people and have more spaces, because there’s a lot of kids with special needs.”

Burrell admits that she was a little emotional when she saw the original building torn down. She took her son there when he was 18 months old, and she said she remembers discussions about a new building even back then.

“I remember them talking about this for years, wanting it, wishing for it, envisioning it while I was here with my son,” she said. “So to see it being done now with her, it’s kind of like words cannot express.”

Carlton Fountain also attended the event with her daughter, Drennan, who has been a participant in the Bell Center Early Intervention Program since she was 6 weeks old. If the project completes in time, Drennan will still have 11 months until her third birthday.

“So she’ll get to enjoy some time in the new facility,” Fountain said. “And our sweet uncle, her great-uncle, has contributed to the garden space … that will be donated in Drennan’s honor. So she’ll always have a little spot here.”

The Bell Center provides early intervention services such as physical therapy, occupational therapy, speech-language pathology and early childhood special education services. More than 1,500 children have been served since its inception in 1984.