You are here: Home / Latest Posts / The Challenger: Christine Wants to Lead From the Front Should He Be Elected 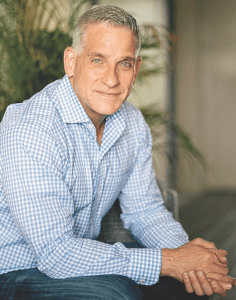 As a surgeon, Brian Christine is used to doing things hands on. He hopes to take that same kind of approach to Montgomery if he is elected as a state senator.

Christine, a urologist with Urology Centers of Alabama in Homewood, is challenging incumbent Dan Roberts in the Republican primary for state Senate District 15. The winner of the primary most likely will take the seat, unless an independent or third-party candidate qualifies, because no Democrat is seeking it.

“I am blessed and fortunate to be a surgeon, but I see all the division and strife in our state concerning education and health care, and I want to make a difference the same way I do in the operating room with my patients,” Christine said.

Christine spends plenty of time building relations with his patients, but he said many of the elected state legislators do not make an effort to know the people they are supposed to serve, including Roberts.

“When I go around and speak to groups in the district and ask them who their state senator is from District 15, the vast majority of them don’t know,” Christine said. “There’s a tremendous disconnect with the people. It’s not the people’s responsibility to know who their legislator is, it’s the legislator’s responsibility. I want them to know me and I want to know them.”

Christine lives in Mountain Brook with his wife, Helena Christine, an attorney at UAB. They have a married daughter and a granddaughter.

Christine considers himself a staunch conservative — as does Roberts — and sees himself as a political outsider. He grew up in a military family and his father severed in Vietnam and was severely injured.

Christine said he wants to take a fighting spirit to Montgomery while being a voice for his constituents as a “straight talk” public servant.

“I think people want a leader who will lead from the front,” Christine said. “If I am elected, I’m absolutely going to do that.”

“With respect to state education, Alabama is ranked 52nd overall and that’s a huge problem,” he said. “Children are our future. If we can’t provide them with a good education, then they will lack the foundation for finding a good job. So educating our children is a primary issue.”

On the issue of a lottery, Christine said it could be a good thing if the money goes to the right place, chiefly education.

As for economic development, Christine said, “Job growth is really important. I have been working hard the last four years to provide conservative solutions to improve the business environment of our state.”

For that reason, Christine said his campaign is mostly self-funded while claiming that Roberts is beholden to political action committees or other special interest groups.

“He’s receiving hundreds of thousands of dollars in PAC money,” Christine said. “As with any politician, they are not giving because the person is such a nice guy but because they want something in return.”

Roberts has received money from PACs such as the Forestry PAC, Mainstream PAC (a pro-business and industry PAC), Wholesale PAC and PACs representing pharmacies, poultry, retailers and construction companies.

Christine realizes he faces an uphill battle to unseat Roberts.

“It’s always tough to run against an incumbent,” Christine said. “For one thing, he has immediate name recognition and the political powers that be don’t like someone bucking it. But in my practice, I try to build relationships with people and make their lives better. It’s just part of my personality. I want to build similar relationships with the people in District 15.”